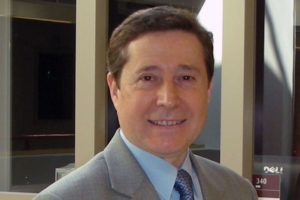 Professor Ivanov, PhD, DSc, is Director of the Keck Laboratory for Network Physiology at Boston University, Associate Physiologist at the Division of Sleep Medicine, Brigham and Women’s Hospital, and Lecturer in Medicine at Harvard Medical School.

He has introduced innovative ways of analyzing and modeling physiologic systems, adapting and developing concepts and methods from modern statistical physics and nonlinear dynamics. He has investigated the complex dynamics and underlying control mechanisms of a range of physiological systems, including studies on cardiac and respiratory dynamics, sleep-stage transitions, circadian rhythms, locomotion and brain dynamics, and has uncovered basic laws of physiologic regulation.

Dr. Ivanov has pioneered the study of dynamical network interactions of physiological organ systems, and has initiated Network Physiology as a new field of research. His current research focuses on developing methods of data analysis and a theoretical framework to understand how physiologic states and functions emerge out of organ network interactions, and how diverse organ systems coordinate and integrate their functions to produce health or disease.

For his pioneering applications of statistical physics and nonlinear dynamics to physiology and biomedicine, and for uncovering fundamental scaling and multifractal properties, self-organized criticality, sleep- and circadian-related phase transitions in physiologic dynamics, he was elected Fellow of the American Physical Society in 2010. He is recipient of the Sustained Research Excellence Award of the Biomedical Research Institute at Harvard Medical School, the Georgi Nadjakov Medal of the Bulgarian Academy of Sciences, the Pythagoras (Pitagor) Prize for scientific achievements and the W. M. Keck Foundation Award.